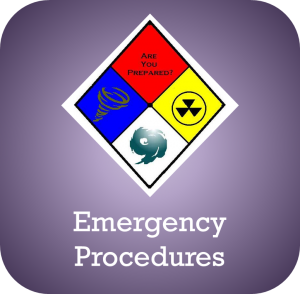 Establishing an effective airway can range from careful positioning and maneuvering of the head to prevent the tongue from falling back towards the pharynx to invasive insertion of endotracheal tubes to assist victims with airway obstruction to have better access to oxygenation and other life support equipment. Alternatively, other techniques such as the abdominal thrusts, the head-tilt-chin maneuver, the jaw-thrust maneuver or insertion of specialized equipment may be used in combination with one or more maneuvers to open the airway and remove a foreign object.

The abovementioned maneuvers all follow the same guideline in maintaining proper alignment of the cervical spine as much as possible in order to protect the victim from further injuries. After these maneuvers are performed, careful assessment of spontaneous breathing is done by rescue workers usually by checking for a visible rise and fall of the chest as well as listening for any particular sounds in breathing.

The victim is usually placed in supine position preferably on a firm, flat surface. If the victim is lying face down, the body should be positioned as a unit so that the head, shoulder and torso can be moved all together to prevent any undue twisting of the cervical spine if there is injury suspect. The airway is opened using either the head-tilt-chin-lift maneuver or the jaw thrust maneuver.

In the head-tilt-chin-lift maneuver, the rescuer places one hand on the victim’s forehead and a firm backward pressure is applied using the palm of the hand to tilt the head backwards. The fingers of the other hand are then placed under the bony prominence of the lower jaw near the chin to be lifted up. In addition, the chin and the teeth are brought forward near occlusion to support the jaw.

It is important to remember that the use the head-tilt-chin-lift maneuver which tilts the head back should only be used if spinal cord injury is ruled out to prevent further damage to the cervical spine when attempting to clear a victim’s airway.

Ideally, one hand of the rescue worker is placed on each side of the patient’s jaw with the angles of the patient’s lower jaw being grasped and lifted dislodging the mandible slightly forward. This is generally a safer approach compared to the head-tilt-chin-lift maneuver especially when there is a suspected injury in the cervical spine since the jaw-thrust maneuver generally does not involve twisting the head when clearing the airway.

The purpose of endotracheal intubation is primarily to establish and maintain the airway in individuals with respiratory insufficiency or severe hypoxia. Endotracheal intubation is especially indicated for the following reasons: (1) to establish an airway for individuals who cannot be adequately ventilated with the oropharyngeal airway, (2) to prevent aspiration of saliva and mucus, (3) to bypass an upper airway obstruction, (4) to allow for the victim access to a resuscitation bag or mechanical ventilator and (5) to facilitate the removal of secretions.

The Theft in Cardiac Arrest

Was this article helpful?
YesNo