Measles also known as rubeola is a very contagious infection that affects the respiratory system. It is a viral infection. Measles’ occurrence in the United States is almost zero as immunizations have been carried out since the 1960s. The incubation period for measles is about 10 days. After this period, the affected child suffers from cold-like symptoms and later develops rashes in the body. Once a child has measles, he develops a life-long resistance/immunity to it.

In some cases, complications can occur which can include blindness, inflammation of the brain caused by infection (encephalitis), severe diarrhea, dehydration, ear infections, and severe respiratory infections. These complications generally occur in children below the age of 5 and in adults over 20 years of age. Most number of deaths in developing countries due to measles occurs in association with pneumonia.

Certain signs and symptoms are characteristic of measles. They signify the onset of this disease. 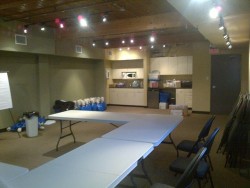 Certain self-care guidelines can help the infection from spreading further. Ensure everyone who comes in contact with the measles affected child is immune to measles because of vaccination or due to having it in the past.

–         Fever can be treated with acetaminophen or ibuprofen.

–         The child should be kept hydrated and must be rested adequately.

–         Use of a cool-mist vaporizer to reduce coughing is recommended.

Seek medical attention if your child is an infant or is under medication infant that weakens the immune system. Also, if your child experiences breathing, confusion, vision problems or chest and belly pain, call your doctor immediately.

There is no remedy for measles. It generally heals on its own. However, your doctor can help in reducing the associated such as fever, cough, or itching.

Complications of measles include: